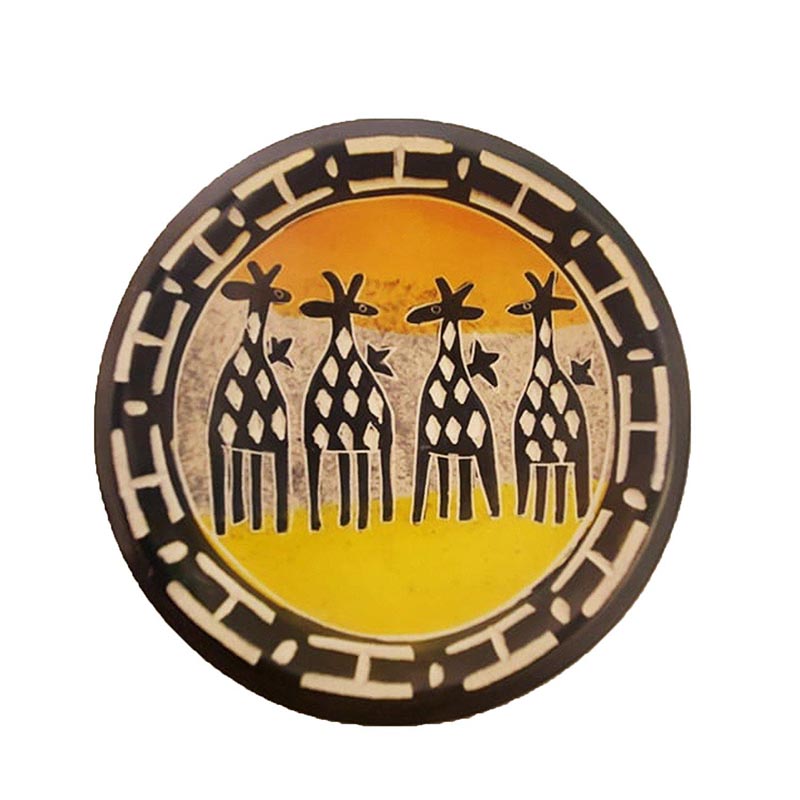 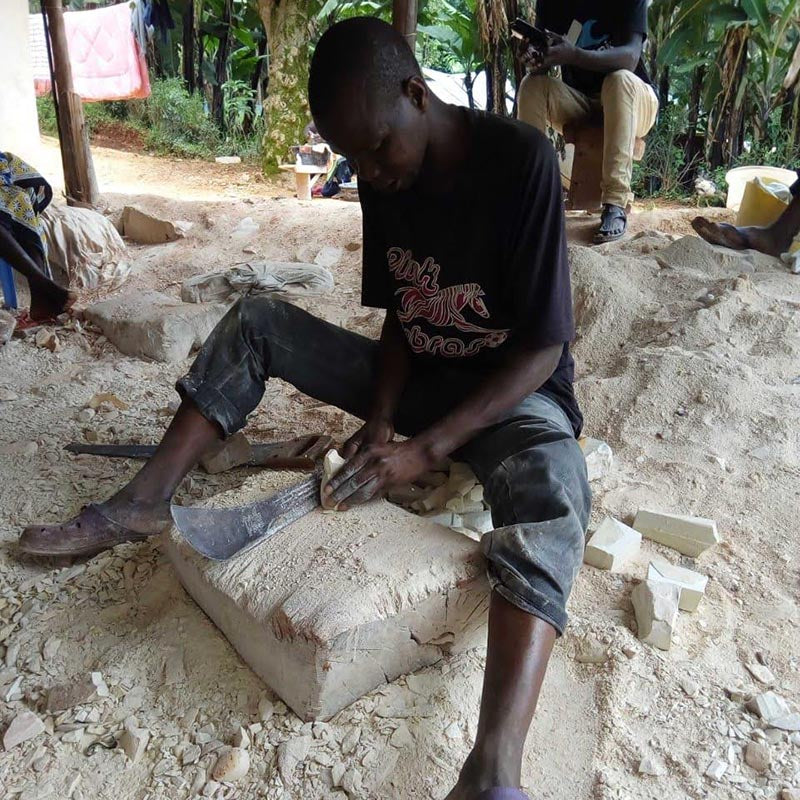 This Kenyan Soapstone Bowl is delightful. Four rather chunky giraffes looking rather bemused. Is the collective noun 'a tower'? A tower of giraffes would be hard to imagine.

This bowl is a beautiful piece of traditional Kenyan art and it will look great in any room, or on a bench picnic table in the garden on a salubrious sunny summer afternoon. Gin and Tonic please.

Equally you can contrast the bowl in a room whose primary décor is eggshell or deep blues; match it to deep yellows, or pick out the orange red.

Kisii Stone is a type of soapstone found only in the Kisii region of South Western Kenya. Soapstone is an ideal material for kitchen ware as it is structurally dense and moisture clings only to the surface of soapstone and is unable to force its way inside, even under pressure.

Soapstone, while soft (as stones go) is beautiful and tactile. The skill of the carvers and artisans is incredible especially when you see first hand the hand held tools used.

The Kenyan Soapstone Bowl is crafted by Art Safi, a registered self-help group in Tabaka in Kisii. With over 40 artisans employed they are significant in raising the standard of living for local people. They also actively promote the employment of women in the soapstone industry.

Bear in mind each piece is unique. Colours, exact sizes and depths vary. Not by much, but there is no Ikea exactness. We consider that part of the charm.

Zuri Design was started 17 years ago by Helen Scanlan, who worked in Kenya and Uganda as a volunteer over a number of years.  Helen saw the opportunity to alleviate poverty through the trade of handmade gifts and jewellery.

Once set up as a wholesaler, Zuri Design financed a start- up workshop in Kibera slum, employing and training former street boys. Since then, Zuri Design orders have created work for more than 200 men and women in Kenya and Uganda, within over 10 workshops.

Working so closely with people from slums in Kenya, means Helen has witnessed first-hand the hardship of living in poverty and the positive impact Zuri Design has within the communities, providing them with livelihoods so people can work their way out of the cycle of poverty.